City full of history and culture

The Mannaioni Volterra farmhouse is located within an evocative historical setting.

VOLTERRA (or Velathri, its ancient Etruscan name) is located on top of a hill 531m above sea level and is famous for the mining and processing of alabaster. The town boasts a remarkable historical centre of Etruscan origin, as shown by the Porta all’Arco and Porta Diana gates, as well as Roman remains and medieval buildings such as the Cathedral and the Palazzo dei Priori, which can be admired in the square of the same name.

Spots with a view of the surrounding countryside: 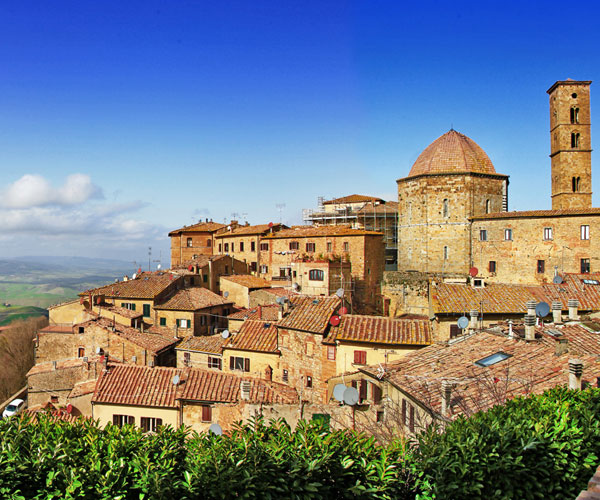 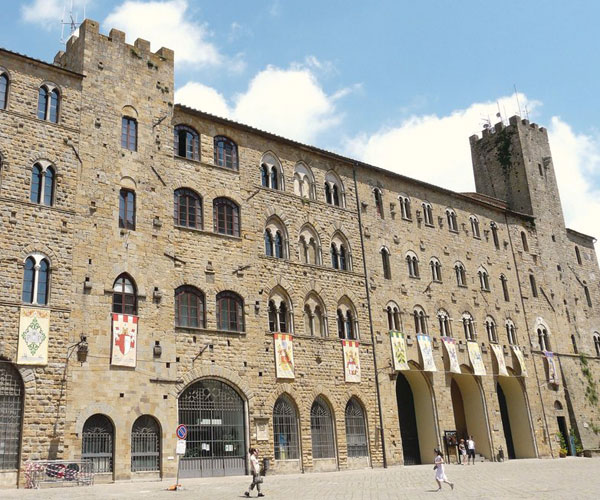 The places to visit in Volterra

The Volterra subsoil is rich in salt: salt extraction started in the Middle Ages.
The cog railway linking Volterra to the village of Saline was closed on the 21st November 1958.

There are numerous sights in town – here are some of them: the Duomo (Romanesque style, erected between the 12th and 13th centuries A.D.), the bell tower on the side of the façade, the San Giovanni Baptistery (octagonal in shape, built in the second half of the 13th century), the Palazzo dei Priori (built in 1246 on the square of the same name; the tower top was added in the 19th century), the Town Walls (of Etruscan origin) which include the Porta all’Arco gate, the Medici Fortress (built under Lorenzo de’ Medici and made of two fortifications linked by a wall), the Roman Theatre (excavated in the 50’s and dating back to the 1st century b.C.), the Fonte di Docciola fountains (built in 1250 and used as a public place to wash clothes) and the Porta di Docciola gate (built in 1400) in front of them.

Folklore events in town include medieval festivals such as ‘A.D. 1398’, taking place in August. Also, competitions between the Volterra Flag Wavers Historical Group and four other teams take place on the first Sunday of September, under the name ‘Astiludio’.

Volterra is twinned with Mende (France), Wunsiedel and Bruchsal (Germany) and Sandomierz (Poland).

Volterra is mentioned in the following books:

The following movies have been partly shot in Volterra: